Bolivia to Sell Rice Seized From US Jewish Businessman 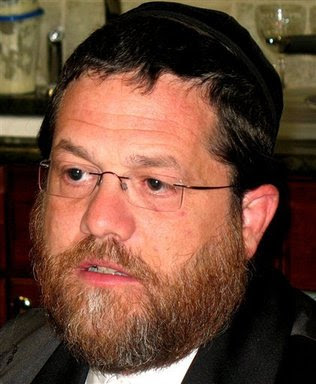 Jacob Ostreicher has been jailed without being charged since June in connection with a money laundering investigation.

Ostreicher, who runs a New York flooring business, has said he went to Bolivia to salvage a rice-growing investment after the local manager defrauded investors and planted some of their rice on land owned by the brother of a Brazilian drug trafficker.

Prosecutors allege the $25 million invested in the rice venture was obtained illegally. Ostreicher maintains he is innocent.

Moises Aguilera, who heads a Bolivian agency in charge of handling seized goods, said the rice is to be sold in mid-January so that it doesn't go bad.

Ostreicher's lawyer, Jerjes Justiniano, called the sale of the rice illegal, saying the authorities had not notified him of the plan or given him an opportunity to appeal.

He said the proceeds of the rice sale are to be held in a government account and if Ostreicher eventually goes free, he is supposed to recoup the money.

There were conflicting accounts of how much rice was seized. Justiniano said the authorities had held about 18,000 metric tons (20,000 tons) — or about 5,000 metric tons (5,500 tons) more than the amount cited by officials.

A judge in September ordered Ostreicher's release on bail, then six days later revoked that decision. His next court hearing is scheduled for next week.

Also jailed in connection with the money laundering investigation is Claudia Liliana Rodriguez, of Colombia, who had worked as the local manager in the rice-growing investment. Ostreicher and a Swiss associate, Andre Zolty, had entrusted the venture to Rodriguez but now accuse her of stealing millions of dollars from them.
Posted by joe levin at 7:11 PM