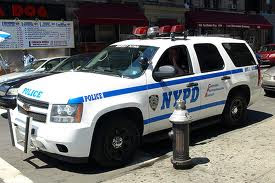 An off-duty New York City police officer has been charged with drunk driving and vehicular assault after an accident on the Bronx River Parkway that left his fellow-cop passenger injured early Friday morning, cops said this morning.

Officer Rafael Casiano, 44, was driving east on the Parkway when he crashed near the Cross Bronx Expressway at about 4:30 a.m., police said.

Casiano, who works as an East Village housing cop along with Paul, was arrested at Jacobi Hospital and has been suspended.

The injured cop's ex-mother-in-law, Sandy Bhagirathy, 60, said, "We were all praying for him to be okay. We want the best for him."

She said Paul was out of his medically induced coma this morning.

"We were really happy. He's a very nice person, he always take his job seriously. I definitely would like him to have a speedy recovery," Bhagirathy said.
Posted by joe levin at 6:36 PM