‘DEALER’: Friends tell cops that Brooklyn cafe owner Joshua Rubin may have been dealing in large amounts of marijuana before he was murdered and dumped in a field 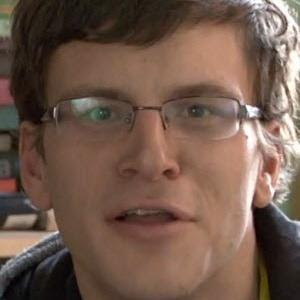 The murdered Brooklyn cafe owner whose corpse was dumped in rural Pennsylvania and then torched beyond recognition was peddling heavy amounts of marijuana before he was killed, his pals told law-enforcement officials.

Joshua Rubin, the owner of the struggling Whisk Bakery Cafe in Ditmas Park, had been pressing his friends to buy large weights of weed, sources said.

Rubin’s friends told investigators that he’d get them as much as a pound of pot at time, according to the sources.

Police are also investigating whether Rubin, 30, a novice entrepreneur, may have gotten himself mixed up with loan sharks.

“I don’t think it’s appropriate to speculate. Obviously, it’s one of the areas we looked at,” said Police Commissioner Ray Kelly.

Rubin, who was at least $14,000 in debt at the time of his Halloween disappearance, is presumed to have been killed out of state, and Pennsylvania authorities are in charge of the investigation.

“We have some leads on people with whom he had contact in the last days of his life. They are certainly not suspects,” said Lehigh County District Attorney James Martin.

“He may have said something about what he was up to. We want to see what they can tell us.”

Rubin, who also suffered from bipolar disorder, was last seen entering a vehicle near his Brooklyn apartment.

He had ordered bagels for the day, but then never showed up at his Newkirk Avenue cafe.

A burned body was found near Allentown, Pa., the next day, but the body wasn’t identified as Rubin’s until a tipster called the cops and DNA confirmed it was his, sources said.

“We are devastated about the loss of our beloved son and brother, Joshua Rubin,” his family said in an e-mailed statement published on the Ditmas Park Blog.

He borrowed money from his parents to help open the shop, the Whisk Bakery Cafe, in September, according to a fellow merchant in the Ditmas Park neighborhood. So money-conscious was Mr. Rubin, he even offered to pay for work the merchant did at his cafe with $2 cups of coffee.

The merchant, Gene Grinberg, 60, said he agreed and took two or three cups of coffee from Mr. Rubin as compensation for his work — a $40 job.

Mr. Rubin’s financial challenges may suggest some link to his killing — he was shot once in the chest, set afire and dumped by an apple orchard along a Pennsylvania roadway. Money trouble is one of the many possibilities that law enforcement authorities are weighing as they try to determine what led to his death.

Mr. Rubin, 30, who moved to Brooklyn in the fall from his hometown, Providence, R.I., owed his landlord money and had “business debt” that amounted to something short of $20,000, said James B. Martin, the district attorney in Lehigh County, Pa., whose office is leading the investigation.

The New York City police commissioner, Raymond W. Kelly, on Friday also suggested that financial issues would certainly be considered, though he said it would not be “appropriate to speculate” on a motive. Mr. Kelly said the Police Department was supporting the authorities in Pennsylvania, where he said the investigation was focused.

“We are communicating with the authorities, with the district attorney and his investigators to help in the investigation,” he told reporters after a promotion ceremony at Police Headquarters.

Another law enforcement official emphasized that no motive had been determined.

“If you knock on every other door in Brooklyn, you are going to find people with $20,000 in credit card debts,” said the official, who spoke on the condition of anonymity because the investigation was continuing.

Eric Lopez, a private investigator hired by Mr. Rubin’s family in early November, shortly after Mr. Rubin disappeared, also said it was too soon to discuss any potential explanation. Mr. Rubin was last seen leaving his home on Oct. 31. His body was discovered the next day in South Whitehall Township, Pa., but it was not identified until this week.

“You are going to hear thousands of things, but the truth is going to come out,” said Mr. Lopez, who runs Strategic Investigations in Brooklyn.

Relatives of Mr. Rubin were reluctant to say much about the case. Asked whether finances played a role in Mr. Rubin’s death, his brother, Jonathan Rubin, declined to speculate on a motive.

In an e-mail, Jonathan Rubin said the family was “overwhelmed by grief” and “devastated about the loss.”

Regarding his brother, the statement said: “He was a kind, caring and gentle young man. He was the type of person that people gravitated to because of his funny personality and truly caring nature. He loved talking to people and consistently made new friends. He had a big wonderful smile that could light up your day.”

It added, “Our hearts are broken.”

On Nov. 28, the authorities in Pennsylvania got a tip that the unidentified body found smoldering amid debris by the apple orchard was Mr. Rubin’s, according to the official who spoke on the condition of anonymity. They called the police in New York, seeking dental records, but the city police did not have them, so the Pennsylvania authorities obtained records from Mr. Rubin’s family in Massachusetts, the official said.

Mr. Martin, the district attorney, said Friday that there was no evidence that Mr. Rubin was killed where his body was found. “Our working theory is that he was dumped there,” he said. He said investigators have spoken with the victim’s relatives and are trying to contact four or five people “who may have known what was going on in his life and what precipitated his death.”

Mr. Grinberg, the owner of A-1 Glass and Mirrors, stood outside his store next to Mr. Rubin’s shuttered coffee shop on Friday and told how Mr. Rubin’s friends told him that Mr. Rubin had some kind of business partners in the coffee shop. But Mr. Grinberg said he had never heard that Mr. Rubin had borrowed money in any questionable way. He said Mr. Rubin described borrowing thousands of dollars from his parents but complained that it was “not enough” to make the business work.

He also recalled a frantic Mr. Rubin pacing back and forth in front of his store while talking on a phone a few days before he disappeared.