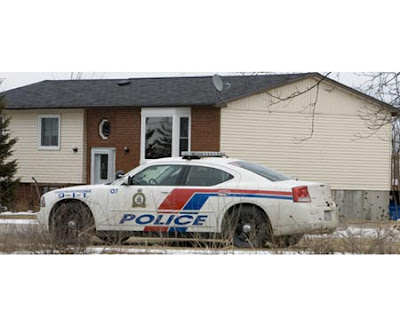 Border Authorities and detectives at the Halifax District Police in Canada arrested Israeli citizens who illegally worked in mall carts around the country, Canadian network CBC reported on Saturday.

According to a report published on the internet site of Shalom Toronto, dozens of Israelis were arrested during raids in apartments and three malls in the country, and they are scheduled for deportation. They might also be barred from entering the United States in the future.

A Canadian Border Authority spokesperson stated that the arrests were carried out as part of an extensive campaign tracking immigrants and refugees who illegally seek employment in Canada. According to the spokesperson, 10 people were arrested during the latest raid, on suspicion of violating immigration laws.

Two men and two women have already been brought in front of a judge and were accused of working without permit. One of the men demanded to have a translator present during the hearing, while the other man reportedly demanded to meet with another lawyer.

The two women pleaded guilty and were fined $1,000 each. One of the women, who arrived to Canada in August, presented the court with a work permit; however the local police claimed the document were forged.

The police said six other people will be brought in front of a judge, but did not disclose their nationalities. During the hearing, the presiding judge suggested that Jewish organizations and the Israeli Consulate should assist the detainees.

The Shalom Toronto website reported that Canada and the United States approved in the beginning of December a plan to increase security cooperation at border crossings. According to the agreement, the two states will share information on foreign nationals whose visas were denied or were denied entry into one of the countries. As part of the agreement, the countries will notify each other of any Israelis and other foreign nationals who were deported due to illegal employment or other reasons.

Watch video warning Israelis from illegally working in US
Posted by joe levin at 8:27 AM