Steven Pappas, accused of posing as a police officer to lure and molest two boys, is loaded into a car outside the NYPD’s Special Victims Unit offices in Brooklyn. 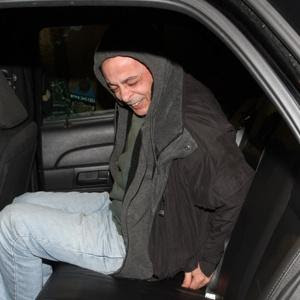 A 12-year-old boy told officers in 2009 that a man — now identified as Steven Pappas, 50 — pretended to be a cop and sexually assaulted him, but the claim was dismissed by authorities, Police Commissioner Ray Kelly revealed yesterday.

Pappas is back behind bars for allegedly pulling the same heinous ruse on a Brooklyn teen on Dec. 23.

“What happened is when he [the 12-year-old] spoke to the Special Victims Unit when this happened in 2009, they weren’t certain of his credibility,” said Kelly, following an interfaith breakfast in Midtown.

“His mother [this week] sees this individual who was arrested — Pappas’ picture — on television, finds out the circumstances were very similar to what her son reported. She calls the [police] hot line, and that’s how we got involved to investigate.”

Kelly defended Special Victims cops, saying they had to make a tough judgment call in 2009.

“You have to judge credibility,” the NYPD’s top cop said. “I think the important thing is that this individual is under arrest.”

Pappas was remanded without bail after pleading not guilty to a slew of raps including sexual assault, kidnapping and criminal impersonation. Prosecutors said both boys successfully picked him out of a police lineup.

The Dec. 23 and 2009 attacks bear a chilling resemblance.

Pappas approached the most recent victim after the youngster tossed a bag of potato chips onto the platform of the 53rd Street subway station in Sunset Park, police alleged.

The suspected perv flashed a fake police shield and took the boy to 92nd Street in Bay Ridge, where he sexually assaulted him, law-enforcement sources said.

On Feb. 4, 2009, Pappas allegedly approached the 12-year-old boy — also at the 53rd Street station platform — after the youngster tossed a bottle or can of soda at a moving train, sources said.

Pappas allegedly identified himself as a cop, flashed a shield and escorted the boy into his blue sedan.

Once inside, Pappas drove to 97th Street and Fort Hamilton Parkway, where he allegedly assaulted the boy. Prosecutors said the boy failed to pick him out of a lineup at the time.

Kelly said Special Victims officers “are trained in this, do it extremely well, and, in this instance, it proves the young man — the boy — was correct.”

“But that’s what happens in this business,” Kelly said.

“There’s a fair amount of recantation that takes place as far as the claims of sexual abuse. It’s a sensitive, complex area. I think they do it well.”

Pappas has been in and out of custody for most of the past 30 years. He has done eight separate stints upstate for a variety of crimes, including sexual abuse, burglary and possession of stolen property. The sexual-abuse conviction involved impersonating a cop.

Pappas had claimed he was a cop before handcuffing a 14-year-old boy at a subway station in Borough Park on Aug. 2, 1999, law-enforcement sources said.

He was busted a day later and served eight years behind bars.
Posted by joe levin at 8:05 PM