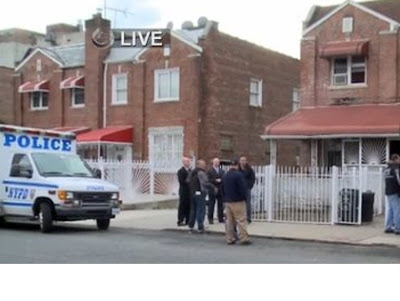 NEW YORK - Four people are in custody and being questioned after several grenades were found inside a Bronx home Friday morning, police confirm.

Police Commissioner Ray Kelly said that the NYPD’s Gang Division was executing a search warrant for individuals “dealing guns” on Stratford Avenue in the Soundview section.

“This was excellent information that was received, proved to be a fruitful warrant execution,” Kelly said. “We hope to have more information as to what the intention was of these individuals.”

Police are still on the scene and an investigation is ongoing.
Posted by joe levin at 2:28 PM