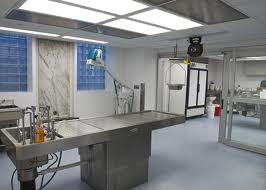 The death of a 54-year-old Jewish man on a snowy slope on Mount Rainier this month set the stage for a Pierce County court fight pitting religious belief against scientific certainty.

Brian Grobois of New Rochelle, N.Y., died on a solo shoeshoe hike, apparently from hypothermia. His body was recovered Dec. 13. Three days later, a judge upheld an appeal barring Pierce County’s medical examiner from conducting an autopsy on Grobois’ body because of religious objections from the family.

It’s believed to be the first time that has occurred in Pierce County.

The case attracted the interest of County Executive Pat McCarthy, Gov. Chris Gregoire, Jewish leaders from around the country and even nationally known consumer-rights attorney Erin Brockovich. Grobois was an Orthodox Jew.

Jewish law requires that the body be returned to the earth complete and as quickly as possible so the soul can rest and the family can properly grieve, said Rabbi Zalman Heber, director of the Chabad Jewish Center of Pierce County.

Heber said Jewish law also considers autopsies a desecration. Orthodox Jews adhere to the traditional interpretation of the Torah and its laws. “This is not a matter of life and death. This is a matter of death and afterlife,” Heber said Friday. He helped the Grobois family and rallied support for their cause across the country.

He determined an autopsy was needed to answer questions that arose in his mind about how Grobois died. “Their concerns were very real to them,” Clark said in an interview Friday. “But they’re in conflict with Washington law and our charge to accurately determine deaths, and I can’t make everybody happy.” State law doesn’t allow families to stop autopsies on religious grounds. Heber said the Jewish community intends to ask state lawmakers in the upcoming legislative session to change the law to accommodate such requests.

He said 11 states have similar exemptions. “This case is a classic example of why this is needed so there is no confusion in the future,” Heber said. “The families shouldn’t have had to go through what they went through.” Clark said such a change would have significant implications for medical examiners around Washington and could jeopardize the integrity of death investigations.

News accounts describe Grobois as an avid outdoorsman in good health who was an expert in tai chi and took weekly hikes. Before entering private practice as a psychiatrist, he worked at the Jewish Board of Family and Children’s Services in New York City. “He was very focused on helping people in an empowering way,” Rabbi Simkha Weintraub, the organization’s rabbinic director, told The Journal News in New York. “He truly understood and respected spirituality and religion.”

Grobois realized a dream on Dec. 11 when he arrived at Paradise at Mount Rainier National Park for a snowshoe excursion. Something went amiss. The family called the park the next morning to report him overdue. A helicopter crew found Grobois later that afternoon lying in the snow at the top of the Stevens Creek drainage at an elevation of about 5,400 feet. He didn’t respond to the arrival of helicopter crew.

A park spokeswoman said he likely lost this way, became exhausted, sat down and succumbed to the brutal cold; Paradise reached a low of 14 degrees that Sunday night, and Grobois was not equipped to spend the night outdoors. Authorities didn’t send a ground crew until the following morning due to the rough terrain and gathering darkness.

Grobois was taken by helicopter to Madigan Army Medical Center, where he was pronounced dead. Attending Madigan doctors wrote on medical records that Grobois died of “hypothermia/cardic arrest,” according to Clark. Heber said the doctors told him and Grobois’ wife, daughter and son, who had flown in the morning of Dec. 13, that there was no need for an autopsy; they were confident about the cause of death. A chief investigator for the National Park Service told Heber he reached the same conclusion independently, Heber said Friday. “From all angles, there was no need for an autopsy,” Heber said.

Washington state law gives medical examiners broad authority to take possession of bodies and investigate their death, including performing autopsies. The circumstances of Grobois’ death gave Thomas plenty of reason to use that authority: He was in good health but died suddenly; he was not known to have any diseases that would lead to death; no one witnessed his death; and, finally, “his body was found dead,” according to court records. The Madigan doctors’ conclusion had no bearing under state law, nor did it preclude Clark from conducting his own investigation. Their determination also had shortcomings in Clark’s mind.

Cardic arrest simply means the heart stopped but offers no evidence about why it stopped. The obvious conclusion of hypothermia was equally problematic to him. “They wrote the only thing they knew, which is the body was cold,” Clark said. “The body can get cold and cause death, or death can happen for some other reason and then the body can get cold, and they don’t have any basis for telling the difference.” He also noted the body was covered in bruises, inconsistent with a finding that he wandered lost, fell asleep and died.

In consultation with his employees and county policies, Clark determined to go forward with an autopsy. “Our motivation is state law and the charge to correctly certify deaths in Pierce County,” he said Friday. Heber said the situation put incredible stress on the Grobois family.

Jewish law prevents the family from starting its seven days of mourning until a body is buried. “It was agony for them,” he said. Heber and Grobois’ family strenuously objected to Clark’s decision and secured an emergency temporary restraining order in Pierce County Court on Dec. 14.

Pierce County Court Commissioner Clint Johnson formalized the order the next day. The county appealed, and Pierce County Superior Court Judge Brian Tollefson presided over the hearing Dec. 16. Heber had garnered support from Jewish leaders on the East Coast to intervene. One of them personally contacted Gregoire, whom she had met years earlier. The governor in turn called McCarthy, the county executive, to inquire about the case, according to spokespeople with the governor and county.

Another call was made to the state attorney general’s office, who alerted the Pierce County Prosecuting Attorney’s Office, attorney general spokesman Dan Sytman said. Erin Brockovich, the consumer advocate who was the subject of a 2000 Oscar-winning movie of the same name, also e-mailed the prosecuting attorney’s office on the family’s behalf, county spokesman Hunter George said. Clark testified at the hearing.

So did Rabbi Heber, as well as Grobois’ wife, Susan, and son, Marshal. Also testifying was a park investigator and a park ranger who was involved in the recovery.

Mount Rainier Park superintendent Randy King said a family representative asked if officials involved in the recovery would testify. He agreed because “it was important to support the family.” “What we did in court was say that for the purposes of our investigation, there was no need for an autopsy based on what our folks saw in the field,” King said Friday. After a two-hour hearing on Dec. 16, Tollefson signed an order barring the medical examiner’s office from conducting an autopsy.

He required that the body be released to the family by 3 p.m. the same day. The judge authorized Clark to draw blood or perform an X-ray or non-invasive imaging. Clark said he didn’t do either of these things because there wasn’t time. Clark said the judge found that Grobois’ recovery on federal property diminished the county’s standing in the case.

But he maintained there’s been a long-standing practice for the medical examiner’s office to investigate deaths on the 14,411-foot mountain A transcript of the hearing was unavailable Friday. The court is on holiday recess, and Tollefson couldn’t be reached for comment.

A member of Grobois’ family also couldn’t be reached. Clark, in consultation with the prosecuting attorney’s office, decided against another appeal. “We were afraid that if we lost the second level of appeal that would set a precedent that would be dangerous not just for us, but for every other medical examiner system in the state,” he said. He said he wasn’t influenced by calls that the Grobois family and its supporters made to his office and to other officials.

Clark and Heber said this is the first time they’ve been involved in a court case to stop an autopsy based on religious objections. Clark said when he worked in North Carolina, a few families asked that autopsies be conducted quickly for religious reasons so the burial could occur the same day. The medical examiner’s office released Grobois’ body by the court’s Dec. 16 deadline. The family flew back to New York with his body the following night after their sabbath and flew to Israel the evening of Dec. 18.

Grobois was buried in Jerusalem on Monday, in accordance with his wishes. Heber said the family is confident that Grobois died of hypothermia doing what he loved. “They’re totally at peace with it,” he said. The case ended with no such certainty for Clark and his office. On Grobois’ death certificate, it listed his cause and manner of death as “undetermined.” Another line gives the reason: “Examination prohibited by court order 11-2-16652-5.”
Posted by joe levin at 8:47 AM