Brazen Armed Mugging in the Heart of Crown Heights 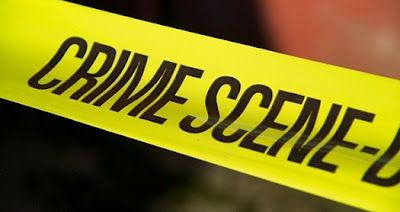 Crown Heights [CHI] — A Jewish girl was mugged by an unidentified assailant in the heart of crown heights.

The incident occurred at around 9:15 PM on Montgomery St. between Kingston and Albany Ave. A girl was returning home with a laptop in her hand; unbeknown to her, she was being followed by an armed assailant who intended to make off with her valuables.

As the girl was about to enter her home from the side door, the perp came into the driveway between the two homes and tried to wrest the laptop from the girl’s hands, breaking her finger in the process.

A passing young man heard her screams and immediately ran to her defense. The bochur approached and tackled the assailant to the ground, but the perp drew out a pistol and hit the young man in the mouth. The perp then fled the scene, leaving the laptop – and his skateboard – behind him.

Witnesses described the perpetrator as a teenaged African-American male, approximately six feet tall, wearing dark clothes and a “hoodie” sweatshirt with lettering on the back. He was last seen fleeing down Albany Ave. toward Empire blvd.

Hatzalah arrived at the scene and took the girl to the hospital.

If you have any information that will assist in apprehending the mugger, please immediately contact 911 or Shomrim at (718) 774-3333.
Posted by joe levin at 8:51 AM