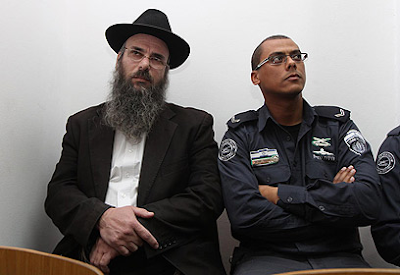 The Jerusalem Magistrate's Court on Thursday released to house arrest the haredi man arrested Wednesday on suspension of calling a soldier a "whore" on board a public bus.

The court ruled that Shlomo Fuchs will be permitted to attend his yeshiva every day while under house arrest but forbade him from riding public transportation.

On Wednesday, Fuchs asked a female soldier to move to the back of the bus the two were riding. When she refused, he allegedly began yelling "whore" at her and the police were called. He was charged with sexual harassment.
Posted by joe levin at 8:32 AM