French suspects of Tel Aviv hit-and-run: Trial in Israel would be unfair 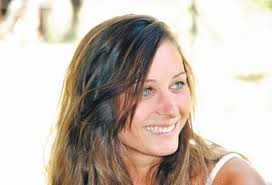 According to their lawyer, the accused want to be judged in France, but no trial can go forward since the Israeli authorities have not made a request for France to look into the case.

Claude Isaacs and Eric Roubbi, two French nationals accused of killing Lee Zeitouni in a hit-and-run case in Tel Aviv last September said Thursday that a trial held in Israel would be unfair.

Michel Apelbaum, one of Roubbi’s lawyers, spoke to Haaretz following the publication of French First Lady Carla Bruni’s letter to the Zeitouni family to argue that the case should not become an international media circus, and instead should be moved into a French court, rather than an Israeli one.

According to Apelbaum, the accused want to be judged in France, but that no trial can go forward since the Israeli authorities have not made a request for France to look into the case.

“I cannot let people say that my client is hiding, or running away from his responsibilities. That is not true. As soon as they came here to France, we wrote to the ministry of justice in France to say they were waiting for a call from a French judge to resume their responsibility here. We cannot initiate an investigation. There needs to be a complaint.”

“But the Israelis have not asked the French to start any procedure. The Israelis have asked to send them to Israel, but this is not possible -- a country will not send its own citizens to another country. It would be the same for Israel. If an Israeli, say, had a similar accident in Thailand, for example, and then returned home – Israel would not send them back.”

Apelbaum reiterated that Roubbi and Isaacs have no intention of returning to Israel, and explained that part of the reason for this is their belief that they would not get a fair trial there if they did so.

“There is great agitation on the news and in the streets of Israel, saying these men should be judged. We all agree with that. But at this point, I ask you—‘If there is a trial in Israel would it be a fair trial? Of course not. Public opinion is so intense that there is no chance of a fair trial.”

According to those familiar with the legal structures in both countries, the maximum prison sentence the two would be expected to receive in France, if tried there, would be seven years – in comparison to 20 in Israel.

Apelbaum and Joseph Cohen-Saban, a lawyer for Issacs, are planning to give a press conference Thursday afternoon to make these points. The two suspects, Apelbaum said, will not talk to the press.

“They don’t want to talk to the press, and we don’t want them to talk. First, we want them to be heard by a judge - something they have not been asked yet to do. This is a tragic accident, not a case between France and Israel and not a case that should be rolled out on TV and in the media