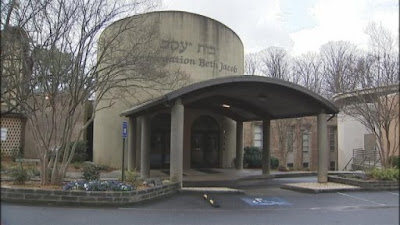 DECATUR, Ga. — DeKalb County police are keeping an eye on a DeKalb County synagogue where some members apparently have been targeted, mostly for mischief or vandalism.

Rabbi Ilan Feldman says incidents in the last three weeks include leaving bagels on people's lawns and tied to trees, but he says that Monday night someone threw an egg at a man walking out of a building at Congregation Beth Jacob.

Authorities also are investigating reports of car burglaries, and Atlanta police have recovered a vehicle stolen from that location.

Feldman says that almost all of the incidents have occurred on Friday nights, when the Jewish Sabbath begins.