The Whisk Bakery Cafe in Ditmas Park, Brooklyn is shuttered in the wake of owner Joshua Rubin 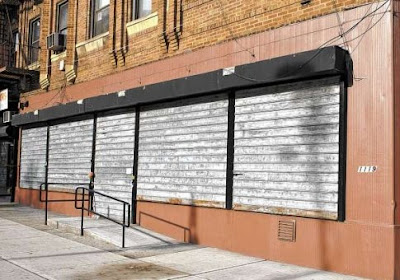 THE SLAIN Brooklyn cafe owner whose charred remains were identified this week was remembered Thursday as a passionate coffee maker who poured his soul into his business.

The badly burned body of Joshua Rubin, 30, was found Nov. 1 in a wooded area just outside of Allentown, Pa.

The owner of the Whisk Bakery Cafe in Ditmas Park died of a gunshot wound and was then set on fire, authorities revealed Wednesday.

“It’s unbelievable,” said Mikhail Plotkin, 56, a salesman at an electronics store on the same block as the cafe.

“He was a little strange, but otherwise, he was a nice kid. I didn’t see anything out of the ordinary.”

Nino Randjelovic, who teaches at a school around the corner, said Rubin’s cafe brought an air of culture to the neighborhood.

The eatery, which was filled with art, books and music, opened in mid-September.

“He had plans to bring that sort of thing here — and he would have been successful,” Randjelovic said.

Rubin, whom sources said had a history of mental illness, was last seen leaving his Kensington home on Oct. 31.

His credit card was used a couple of days later at Woodbury Commons, an outlet mall in Orange County, N.Y., a source said.

His disappearance prompted friends and loved ones to paper Brooklyn with flyers — but their efforts yielded no leads.

No arrests have been made.

A makeshift memorial had been set up outside the cafe Thursday, consisting of a pale pink flower, white candles and a hand-sketched portrait.

“He was trying to figure the whole business thing out,” said the neighbor, a senior who declined to give his name. “I never saw any manifestation of mental illness. Whatever mental illness he had, it was minor, as far as I’m concerned.”
Posted by joe levin at 5:08 AM