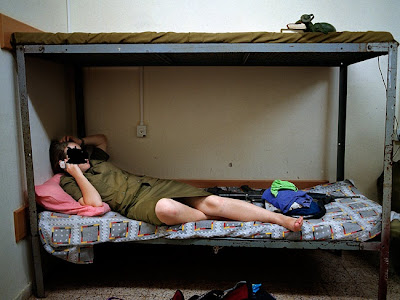 Deputy Mayor of Afula: "Mothers come to me and cry that their 12 and 13 year olds have moved into Arab villages."

A growing number of young Jewish girls are marrying Arabs, according to Dr. Boris Yudis, deputy mayor of the northern town of Afula.

Yudis was interviewed for a report on intermarriage in the regional newspaper Index Haemek Vehagalil.

"The phenomenon of girls aged 12 and 13 who are in Arab villages breaks my heart, but unfortunately my hands are tied," he was quoted as saying. "Mothers come to me and cry that their 12 and 13 year olds have moved into minority villages, this is a painful thing that wounds my heart."

He was further quoted as saying: "I am really frustrated and this is not about Jews and Arabs - it is about the fact that instead of learning and studying they waste their lives. It is a sad phenomenon that we are unable to treat in a thorough way, from the root. I no longer believe only in law enforcement; I think we will have results if we act through education."

Israel's pro-Jewish Identity NGO Yad L'Achim confirmed the claim. Its chairman was quoted as saying that they receive requests to assist in similar cases nationwide. The girls involved are aged 11 years and upward, he said.

The Family Lobby responded to the report by saying that "the painful phenomenon of Jewish girls who cross over into Arab society is the direct result of the weakening of the family unit and the deterioration of the status of fathers in the Jewish family in recent decades – due to the activity of militant feminist women's groups."

Family Lobby chairman Gil Ronen explained: "The inflated propaganda about battered women in the Jewish sector and the encouragement of divorce through unwarranted perks for single parent households wind up hurting these girls, who end up in the Arab sector, where their chances of being battered are far higher."
Posted by joe levin at 4:01 PM