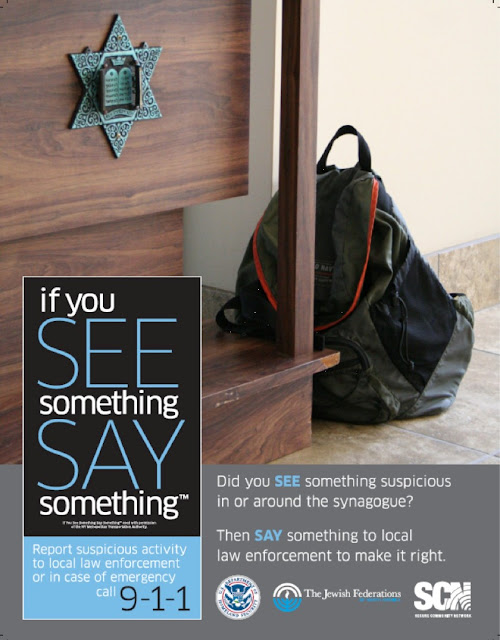 Since the September 11 attacks, homeland security has been a principal concern in New York City. In 2004, the Jewish community decided to get into the game, establishing their own nerve center to help identify threats.

From its command center in Lower Manhattan, SCAN is hosting a teleconference with synagogues and Jewish community organizations around the country.


Experts from federal law enforcement agencies are on the line, briefing callers about the threat of cyber-attacks.

At the helm of this operation, former law enforcement professional Paul Goldenberg. He says that threats against the US Jewish community are on the rise.

“This past decade we have seen an unprecedented number of attacks against American Jewish institutions from both the extreme right or the ultra right wing, and also from those that want to threaten and harm and/or kill those from the Jewish faith, the Jewish religion, in the name of religious fundamentalism and extremism.”

Responding to that threat, Jewish leaders in the US came together to build SCAN to watch for dangerous activity but also train community members in ways to keep themselves and their facilities safe.

His small team operates from a Manhattan office building, but he also took us to their back-up site in suburban New Jersey – and asked us not to disclose the exact location.

Mindful of incidents in Jewish communities around the world, Goldenberg says global events unrelated to the United States can often have an impact here.

“Quite candidly, the events in Gaza inspired some here and abroad to make a decision to attack Jewish institutions here in the United States. We’ve seen some very serious cyber attacks on dozens of synagogues, Israeli advocacy groups, and other Jewish agencies, some of which have absolutely no connection to the state of Israel or to geopolitical events in the Middle East.”


SCAN partners with local, state, and federal officials to prepare for lone shooters, explosive devices, and even natural disasters.

David Leonardis of New Jersey’s Office of Homeland Security and Preparedness says SCAN is a model for other religious communities to follow.

“It’s a good situation, it’s a good relationship. We have a good partnership. We provide information to them to get it out to the Jewish community, and they do a great job at doing that. So when we offer training they’ll be able to share that training or other resources to the entire Jewish community. And it’s very comprehensive.”

During the cyber security call, law enforcement encourages callers to reach out to the police or federal officials if they suspect criminal activity.

Goldenberg says SCAN is not a substitute for law enforcement, but rather a supplement.

Experts say their biggest concern is a lone-wolf attacker. Someone coming in and committing a crime in a Jewish community center or synagogue, but they hope that an increased level of vigilance spurred by organizations like this will help prevent those kinds of threats from happening.