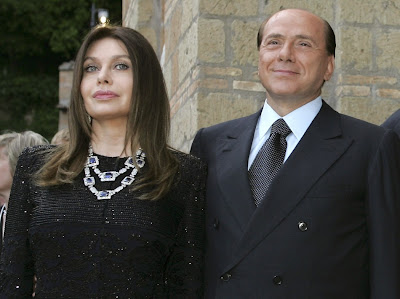 An Italian newspaper has reported the details of the divorce settlement between ex-Premier Silvio Berlusconi and his second wife Veronica Lario, saying he must pay her $4 million a month alimony but gets to keep their estate.

Lario announced she was divorcing the billionaire media mogul in 2009, citing his presence at the 18th birthday party of a Naples girl and his fondness for younger women.

The couple met in a dressing room in 1980 after Berlusconi saw Lario perform in a Milan theater, were married in 1990 and have three grown children.

He has two children from his first marriage.