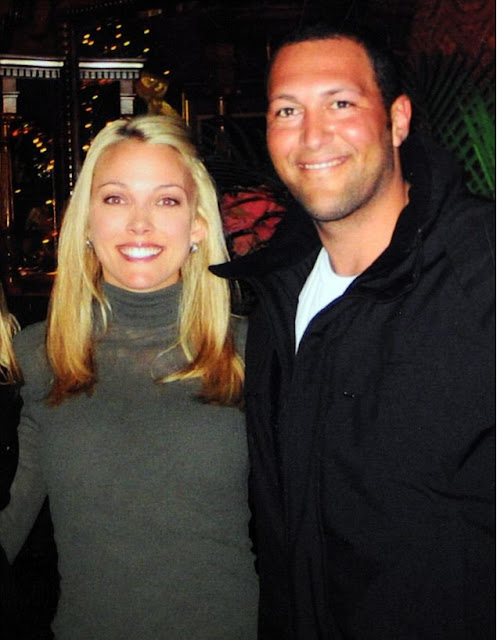 The wife of missing millionaire Guma Aguiar, who vanished after steering his motorboat through Port Everglades on a night-time cruise six months ago, tells how she is struggling through the holidays with their four children.


‘It's a very difficult time,’ said Jamie Aguiar, 33, of Rio Vista Isles, Florida. ‘I try and count our blessings every single day and try and think of what I'm grateful for.’

Police are still unsure whether Mrs Aguiar is now a widow or an abandoned wife who will have to continue fighting his legal battles without him since it takes five years to be legally declared dead in Florida.

Her blessings include the couple’s daughter and three sons, ages 15 months to 7 years, she said.


Ms. Aguiar said she is ‘thankful that they have their health. We have food on the table. I just keep reminding myself of that.’

Despite her husband's absence, the family has continued their holiday routines, the Orlando Sentinel reports.

‘We do both Christmas and Hanukkah, just as I always have,’ she told the local newspaper.

‘We have a Christmas tree and I celebrate with the children and light the menorah, too. It's a really special tradition this time of year.’

The family’s legal battles include lawsuits with an uncle over profits from a company sale as well as lawsuits against Mr Aguiar’s siblings and mother over the ownership of real estate in Israel.

The couple's $5 million dollar mansion, Lazzara yacht and the motorboat that washed ashore without Mr Aguiar have been put on the market and all remain unsold.

During the couple’s often tumultuous marriage, Mr Aguiar was committed to a hospital for mental health-related reasons, sued his wife for divorce and later withdrew that petition.

He was on probation for domestic violence when he disappeared.

Mrs Aguiar last April sought a judge's opinion on whether their prenuptial agreement was fraudulent.


For now she is focusing on giving her kids a good holiday season, and keeping those blessings in mind, according to the Sentinel.

‘I have to do that multiple times each day, when things aren't looking so good. That's how I get through the day,’ she said.

Last month, lawyers for Jamie Aguiar implied that they believe her husband may still be alive and well - and hiding out in the Netherlands.

They are speculating that Mr Aguiar could have faked his own death to avoid losing his $100 million fortune.

An attorney for the man's wife has told reporters that the missing man's sister intends to move to the Netherlands, raising suspicion that she could be planning to rejoin her brother, who could have relocated to Europe.

Willliam Scherer, an attorney for Jamie Aguiar, told WPLG-TV that they believe Aguiar's sister, Angelika, plans to move to the Netherlands or could already be living there.

A close business associate of Aguiar also resides in the Netherlands, the lawyer added.

The multi-millionaire had reportedly argued with his wife, when she is said to have threatened him with a divorce, hours before he disappeared.


A lawyer for Guma Aguiar's mother Ellen said the wealthy philanthropist was in low spirits when he went out on his boat that fateful Tuesday in June, after receiving the blow from Jamie.

Mr Aguiar, a father of four, had filed for divorce last July but did not go through with it.

The 35-year-old man had spoken with his mother, Ellen Aguiar, an hour before he got on to his 31-foot boat, the T.T. Zion, and sailed off on June 19.

In addition to battling with her son's wife for control of his estimated $100 million fortune, Aguiar's mother hopes that her son may still be alive.

In a petition filed to a Florida court to seize his fortune, Ellen Aguiar stated that her son 'may be in a delusional state or be suffering from psychosis or otherwise may have disappeared.'

His mother, Ellen Aguiar, alleged that her son's $100 million estate would be squandered by his wife.