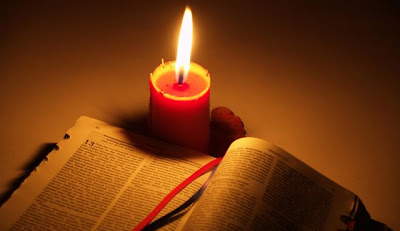 As a child there were few stories of the Bible that I refused to accept.


The splitting of the sea, yes, I understood that. Clouds surrounding a sojourning people of Israel as they trek through the desert, men wrestling with angels.

Cain kills Abel, Sarah banishes Hagar, Abraham agrees to sacrifice his own son. Young, spirited teachers would stand in front of us in our yeshiva classrooms. With wide eyes and grand gestures, they'd perform and draw on the chalkboard until we were no longer in New Jersey but in desert lands and orchards elsewhere.

But there was one story that I hated, passionately so. It hurt me to read it as a child; years later, I open the chapter in Genesis and still read the sparse Hebrew with sorrow.

It begins on a bright morning in Canaan, in an expansive encampment of shepherds and water bearers, women and children. Dinah, the young daughter of Jacob, steps out of the tent to see the daughters of the land. “Like her mother,” medieval commentaries suggest – like her mother Leah, Dinah went out of the tent in an immodest manner. The girl is probably long-limbed, a fresh face framed in a tan headscarf and untouched by her mother’s kohl; this afternoon, she wears a patterned tunic. Perhaps several bracelets grace her wrists and ankles.


Dinah is probably laughing shyly with a group of Canaanite girls when Shechem, the Canaanite prince, sees her from afar. In one breath, the text describes how the prince abducts Jacob’s daughter and rapes her. When Jacob’s sons hear of the disgrace that was done to their sister they are outraged, and the narration interjects the dialogue with its own commentary: “An outrage has been done in Israel... and this shall not be done.” Eventually, Dinah’s brothers Simon and Levi avenge their sister’s dishonor, taking up swords and killing the entire city's males, including the prince who had tainted their sister. Jacob then rebukes his sons for their violence, to which the young men retort: "Shall our sister be made into a harlot?"

So the story ends. A reverse honor-killing, a crippled Canaanite city – and Dinah herself, innocent, defiled and probably perplexed too, is never mentioned again. The narrative moves on: Jacob travels to Beth-El, Joseph begins to dream, yet Dinah’s memory is completely neglected.

Perhaps that scared me most, as an 11-year old girl reading the section for the first time without the censorship of a teacher. I struggled to continue reading the next chapter, because I was still lingering over the forgotten daughter of Jacob. What happened to her? Where did she disappear to? Did she ever love someone afterwards, and did she ever find someone who would overlook her disgrace? The text gives no clues to her feelings, and the reader doesn't even hear her voice – part of the tragedy of Dinah’s rape is that she is utterly, painfully silent throughout.


I still wondered about her silence this past Sabbath, as I re-read the story of Dinah: a young girl violated and then shamed publicly in a tightly-knit patriarchal society. It’s a tale that sounds primordial but somehow has become bizarrely familiar in the past few weeks, as sexual abuse has become the center of discussion here throughout the Orthodox community and as the conviction of Nechemya Weberman [the Satmar Hasid convicted of 59 counts of sexual abuse by a Brooklyn court on December 10] unfolds.


Over the Sabbath table and after synagogue services in our New Jersey shtetls, we discuss the details of a nameless-faceless young woman who has stepped forward, the videos of a religious-looking man walking out of a courthouse and smiling with unnerving confidence. Blogs are cited, testimonies and rumors picked apart.

The women whisper to each other, “Godless criminals!” while the men jokingly suggest innovative punishments for the criminal. We quickly hush the conversation when a child enters the room. There have been abuse scandals in the Orthodox community before, yet each time we still shake our heads in disbelief: How can this happen in a community so pious, so zealously devoted to good deeds?

We wonder at those who have supported a convicted rapist over his victim, these same leaders we’ve been taught to admire, to emulate and to seek their blessing. Where is the desperate pursuit of justice with which our tradition has blessed us? Where is the Jewish commitment to supporting the oppressed, the voiceless, the widow and the orphan and the victim too?


They say that abuse education and therapy will take time to penetrate the walls of the Orthodox and Hasidic worlds, and as more and more victims step forward there’s no alternative – change is imminent. Because, as one psychologist in the Hasidic community recently told me, “Hasidic Jews love their children too”, and because, as our holy texts tell us, an outrage has been done in Israel, and this shall not be done. And while Outside newspapers berate insular traditional communities and insist that the Orthodox live in a world of the past, no one has acknowledged the quiet progress.

No one has taken a moment to mention that years ago, no Hasidic girl would have stepped forward. Years ago, she would have remained utterly, painfully silent. Change is happening slowly all around us, we feel it, even in this world of black and white.

Somewhere in the midst of this recent media storm, in the photographs and videos of court proceedings, I catch glimpses of a young girl, long-limbed and in a patterned tunic. This past week’s events have changed my perspective of Dinah: she’s no longer this haunting character, fading into the background, and she’s no longer silent.

Now Dinah opens her mouth and speaks.
Posted by joe levin at 7:53 AM