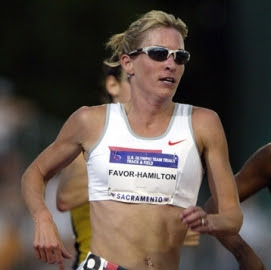 Screw the Olympic legacy and Nike commercial — I was a $600-an-hour call girl!


Suzy Favor Hamilton, a three-time US Olympian in middle-distance running, spent the last year working as a call girl for Haley Heston’s Private Collection, a premier escort service based in Las Vegas. The 44-year-old wife and mother used the alias “Kelly Lundy” to snuggle with men in swanky hotels from Los Angeles to Chicago, The Smoking Gun reported today.

But her double life imploded after revealing her identity to several clients, who excitedly gushed to their friends about bedding a former Olympian and model. A reporter caught up with Hamilton in a Las Vegas hotel lobby earlier this month, and she reluctantly spilled about her astounding secret she now calls a huge mistake.
“I cannot emphasize enough how sorry I am to anyone I have hurt as a result of my actions and greatly appreciate the support from family and those closest to me. I fully intend to make amends and get back to being a good mother, wife, daughter, and friend,” Hamilton tweeted today.

Hamilton lives in Madison, Wis. with her seven-year-old daughter, and her college-sweetheart Mark Hamilton, the site says. She said her husband knew of her salacious shenanigans, but he just couldn’t stop her.

“I was drawn to escorting in large part because it provided many coping mechanisms for me when I was going through a very challenging time with my marriage and my life. It provided an escape from a life that I was struggling in. It was a double life. I do not expect people to understand, but the reasons for doing this made sense to me at the time and were very much related to depression,” Hamilton continued in her rambling online apology.


Before racing at the 1992, 1996 and 2000 Olympics, Hamilton scored big-time glory as the most decorated female athlete in NCAA track and field history. Nike, Reebok, Clairol, Oakley and even Pert Plus shampoo clamored after the blonde hottie who had won national championships, NCAA titles and All-American awards galore.

But she claimed her life turned sour after suffering from postpartum depression following her daughter’s birth in 2005. Hamilton said she also struggled with her brother’s suicide in 1999, a year before she sprinted in the 1500-meter final in Sydney. She said she threw the race once she knew she couldn’t score a medal — horrified she could not honor her brother’s memory.

“I have been seeking the help of a psychologist for the past few weeks and will continue to do so after I have put things together,” Hamilton tweeted.

She said she decided to quit the escort business, though several of her clients tell the site “she is worth every penny.”
Posted by joe levin at 5:07 PM