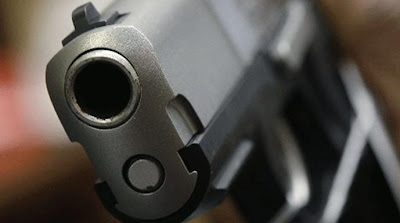 BLAIR COUNTY, Pa. — Emergency officials are on the scene of a deadly shooting in Frankstown Township, in Blair County.


Right now, sources tell KDKA-TV that four people are dead, and three Pennsylvania State Troopers were also hurt, but are expected to be okay.

Sources say at least part of the shooting took place at the Juniata Valley Gospel Church.

According to sources, two troopers were fired at by the driver of a pickup truck on Juniata Valley Road and a third officer was injured in a head-on crash with the pickup.

No word on the three people Michael’s allegedly killed before firing at troopers.
Posted by joe levin at 1:57 PM