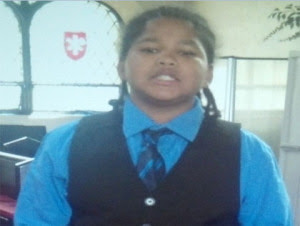 NEW YORK — A missing child alert was issued for a 10-year-old boy on Saturday.


Reginald Matthews was last seen at P.S. 217 in Queens. He has been described as being black, with black corn rowed hair, a mole behind his right ear, and is 5’1″ and weighs 150-lbs.

Anybody with information is asked to call 911.
Two other children have also gone missing in the Bronx

Anybody with information is asked to contact Crime Stoppers at 1-800-577-TIPS.
Posted by joe levin at 8:41 AM