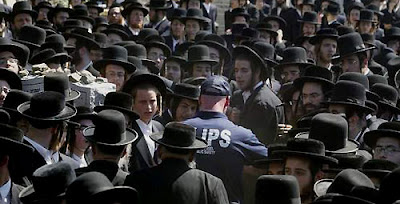 Included in the list of last week’s announcement of state economic development grants was $594,000 for the Village of Kiryas’ Joel’s.

According to the award, funds are to be used to “undertake improvements to [Kiryas Joel's] waste water treatment plant to correct conditions resulting in violations of its State Pollution Discharge Elimination System (SPDES) permit.”


“This is the furthest thing from economic development,” said Assemblyman-Elect James Skoufis. “The list of projects for the Mid-Hudson Region is tremendous: attracting commercial and residential improvement, renovating historical sites, and creating jobs. Then, there’s a grant to bail KJ out for violations against its pollution permit.”

Skoufis continued, “Any other municipality that faces environmental violations is on the hook to fix the problem. The same clearly doesn’t apply to Kiryas Joel – state taxpayers are footing their bill yet again.”