Yair Netanyahu Gets Into Christmas Spirit 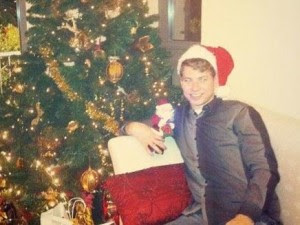 A Netanyahu is causing a stir—and it’s not Benjamin. Yair Netanyahu, the Prime Minster’s 21 year-old son, was snapped wearing a Santa-hat while sitting in front of a Christmas tree.

The picture was then posted to Facebook by his girlfriend.

The picture received 20 “likes” and became a minor media sensation in Israel, but it was all in the spirit of fun.

The Prime Minister’s Office released a statement saying that Yair was visiting a Christian Zionist organization and that there was no need to take the photo seriously as it was “all in good fun.”