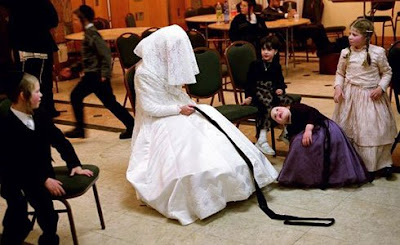 Several local rabbinates are refusing to allow women to testify towards a person’s marital status for the purpose of marriage registration, The Jerusalem Post has learned.


This policy is being enacted despite an explicit directive from the Chief Rabbinate instructing local rabbinates to permit women to testify in this regard.

Of five local rabbinates questioned by the Post, three said they do not permit women to testify.

The ITIM organization, an advisory NGO for religious services and a religious rights advocacy group, says that it frequently receives requests for help from women in particular who do not have male friends who know them well enough to testify on their behalf.

In order to register for marriage, a person must bring two witnesses who know them to testify before rabbinate officials that he or she is unmarried.

This is a bureaucratic process and not one required by Jewish law, and therefore there is no obstacle in Jewish law to allow women giving such testimony.

Generally, Jewish law prevents women from giving legal testimony, although there are exceptions.

Additionally, the Chief Rabbinate itself has sanctioned the testimony of women as valid with regards to proving one’s marital status.

An official document of the Chief Rabbinate seen by the Post, and signed and approved by Chief Rabbi Yona Metzger, states explicitly that “it is permitted to accept female testimony for the purposes of [proving] unmarried status in marriage registration departments of local rabbinates throughout the country, before a marriage registrar or proxy.”


According to ITIM director Rabbi Seth Farber, the practice of not accepting women for such testimony is widespread.

The organization wrote to the Religious Services Ministry about the matter but received no response. The ministry subsequently told the Post that it was not aware of any local rabbinates that refuse to allow women to testify.


Following confirmation acquired by the Post that local rabbinates in Petah Tikva, Gush Etzion and Shoham are indeed refusing to allow women to testify, the ministry said that it would instruct all local rabbinates to reverse this policy.

Farber said that his organization expects the Religious Services Ministry “to develop a mechanism both to inform local registrars about this policy, and create a framework whereby it can be enforced.”

“This is another indication of the fact that chaos rules regarding regulations in the rabbinate,” Farber continued.


“On one hand, the Chief Rabbinate has said it will allow women to testify. On the other, local rabbinates are not complying.”
BY Jeremy sharon - jpost
Posted by joe levin at 10:34 AM