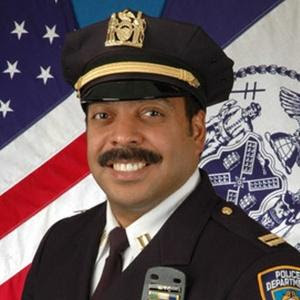 An NYPD captain is using Twitter to warn the public about convicts who have returned to the Brooklyn neighborhoods he polices.

His first tweet was in August, when he alerted residents to the presence of Eduardo Guzman, a convicted felon who had just been released from state prison after serving time on an attempted-burglary rap.

“Release Alert: EDUARDO GUZMAN has just been paroled. Past convictions: BURGLARY, Larceny, Drugs, and Stolen Property. pic.twitter.com/P87rtek”
Since then, the commander has issued Twitter notifications about nine other recidivist criminals with long arrest records who are back on the streets. The perps have either committed crimes in the area or live there — sometimes both.

“Some of these guys have 50 priors. This is to let people know what’s going on, so nobody is a victim.”

The account also has been used to give the community a heads-up on robberies. In October, it included a post of surveillance pictures of suspects police were trying to identify after Blue Marble Ice Cream on Court Street was held up.

“The NYPD is embracing social media, and this is on a local level,” said the source. “It’s an easy way to reach people.”

After Hurricane Sandy slammed Red Hook, the tech-savvy 76PrecinctNYPD also tweeted alerts to let residents know where they could up stock up on relief supplies, such as food, blankets and batteries.

“I think it’s a great idea,” said Matt Ross, 31, the owner of Court Street Grocers in Carroll Gardens, who follows the precinct Twitter account. “It gets information out faster.”

All the information used on the account is public, according to sources who note that useful crime-fighting tips are also posted on the site.

Crime is down in the precinct for the first time in three years — a drop attributed partly to the command’s interaction with residents via social media to receive and give crime tips.

Residents are still encouraged to use 911 for any crime they observe.

Robberies, grand larcenies, sex crimes and murder are all down in the precinct, records show.

Not everyone, though, is on board.

Legal Aid says that the community alerts on repeat offenders cross the line, and it is exploring its options — including a lawsuit.