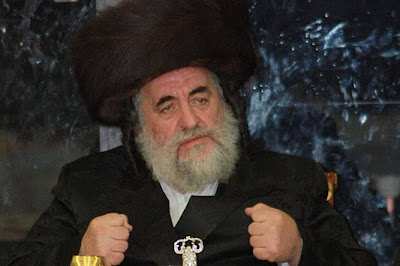 Bnei Brak - In a fiery speech given yesterday during Shalosh Seudos, the Vizhnitzer Rebbe Rabbi Yisroel Hager, called the repeal of the Tal Law “a very difficult and frightening edict” and he exhorted all yeshiva bochurim, not only his followers, to ignore any draft notices they might receive, even if doing so will result in their arrest.


According to reports on Israeli news site Kikar Shabat, the Rebbe said that while in the past he had dealt with draft issues on a case by case basis, stories that he has heard recently about the goings on in the Israeli army have changed his stance on the matter.

“I have a responsibility for all of klal yisroel, not just the chasidim of Vizhnitz and I am instructing you to make my words known, in my name,” said the Rebbe. “Any bochur who refuses to serve in the army should explain that he is following the ruling of the Vizhnitzer Rebbe.

I take full responsibility and if they come to put me in jail I am ready to go to jail in your place. We are not afraid of being imprisoned and if we need to go we will do so accompanied by drums and dancing.”