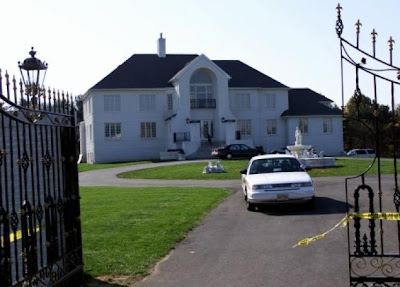 The FBI believes a group of Brooklyn-based mob henchmen is behind the 1999 execution of two stockbrokers in a New Jersey mansion, the Daily News has learned.


The murderers, with ties to the Russian Mafia, killed crooked stockbrokers Alan Chalem and Mayir Lehmann — themselves connected to organized crime — to avoid paying them their $5 million cut in illicit pump-and-dump schemes, according to a source close to the probe.

The pair was shot multiple times in the foyer of a Colts Neck, N.J., mansion where Chalem lived with his girlfriend on a 10-acre spread. Lehmann resided with his wife and five children in Woodmere, Long Island.

Investigators had initially theorized that Lehmann, 37, may have been in the wrong place at the wrong time, but it is now believed that both victims were targets.

The FBI is analyzing previously untested DNA evidence recovered from the bloody crime scene to positively identify a perpetrator who may have suffered a cut during the rampage.

The shootings appear to have been carried out by professional hit men recruited by the Russian businessmen who would face federal murder conspiracy charges.

Chalem, 42, also had personal and business ties to figures in the Colombo organized crime family, but investigators have ruled out any involvement by the Italian Mafia, sources said.

FBI spokesman James Margolin declined to comment on whether arrests are imminent.