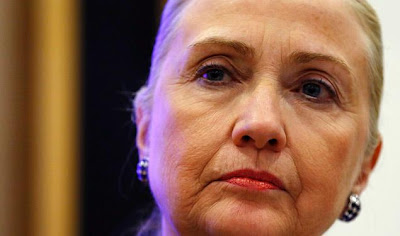 Secretary of State Hillary Clinton was undergoing emergency treatment for a blood clot Sunday night at a Manhattan hospital.


Doctors said the clot stems from a concussion she suffered this month when she fainted while battling a stomach bug and hit her head. Clinton spokesman Philippe Reines said doctors discovered the clot while conducting a followup exam Sunday.

She was admitted to New York-Presbyterian Hospital Columbia, where she was being treated with anti-coagulants.

Clinton has a history of blood clots. In 1998, a clot was found behind her right knee and she was put on a blood thinner, but stopped when her health improved.

“That was the most significant health scare I've ever had,” Clinton told the Daily News in 2007.

Reines said Clinton, 65, will stay in the hospital for at least 48 hours so her medication can be monitored closely. He said physicians are worried about “other issues associated with her concussion” but declined to elaborate.

Clinton is in the same hospital where former President Bill Clinton underwent heart-bypass surgery in 2004.

Idalina Feliz, 39, whose mom is recovering from a stroke on the hospital’s eighth floor, said she saw a lot of activity there.“We saw Secret Service everywhere,” she said.

Clinton had been recovering at her Chappaqua, Westchester County, home. She planned to return to the State Department this week to finish up her tenure. President Obama has nominated Massachusetts Sen. John Kerry to succeed her.

Clinton’s concussion forced her skip testifying Dec. 20 before the House Foreign Affairs Committee on the Sept. 11 deadly U.S. Consulate attack in Benghazi, Libya. Her setback prompted some conservative Republicans to suggest she was faking it.

“When you don’t want to go to a meeting or conference, or an event, you have a ‘diplomatic illness,’” John Bolton, the former U.N. Ambassador under President George W. Bush, said on Fox News last week.