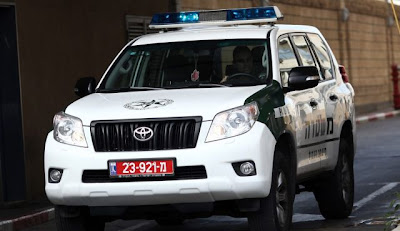 An 83-year-old woman was raped in the yard of her Tel Aviv apartment bloc, a gag order lifted Monday revealed.


On December 21, the elderly woman was found by her nephew sprawled and bleeding in the yard of her building. From her physical state it was evident that she had suffered extreme violence.

Police have arrested an Eritrean man in his twenties on suspicion of committing the rape.

The elderly woman was found by her nephew after family members arrived at her home, situated near the old Tel Aviv central bus station, for a visit. When they did not find her there, the woman's family began searching for her nearby.

The relatives who arrived at the site noticed a man fleeing, but did not attribute any importance to him at the time. After finding the woman, the family took her for medical treatment and to file a complaint to the police.

A special investigation team from the Tel Aviv police's Yiftach district took evidence from the woman, who related that the attacker arrived at the building where she has lived for many years, forcibly dragged her into the rear yard and beat her there for hours.

The woman received medical treatment and her physical condition is now said to be stable.

The investigation team collected evidence from the scene and recordings from security cameras in the area so as to assist the search for the suspect, and, early last week, an Eritrean resident of south Tel Aviv was arrested. The suspect, who has a criminal record, remained silent during questioning, but police said DNA evidence links him to the act.

Police have said that they expect violence to erupt in south Tel Aviv in response to publication of the incident, and that, while extra forces have already been deployed ahead of New Year's Eve celebrations, they are also prepared to deal with anti-migrant protests should they occur.

Judge Dorit Reich Shapira criticized Israel Police's decision to reveal the ethnic origin of the suspect at such an early stage. "It would have been fitting for the investigative unit to consider the danger to public safety that revealing the ethnicity of the suspect would have, when he hasn't yet been issued an indictment," said the judge.


The court forbade publishing the name of the suspect, who is being held in police custody and whose remand has been extended until Thursday.
Posted by joe levin at 4:58 PM