Record Number Of Lawsuits Against NYPD 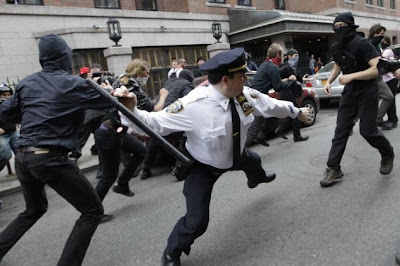 A record number of legal claims were filed against the New York City Police Department in fiscal year 2011, according to a report scheduled for release on Thursday.


The city also settled $185.6 million of personal injury and other tort claims that involved the NYPD, a 35 percent increase from fiscal 2010, the report said.

The city should “explore a unified method to track individual officers named in claim suits and the payouts,” Liu’s report said.

The claims against police don’t include those filed in conjunction with the Occupy Wall Street protests that took place in lower Manhattan in September 2011.

Overall, the total number of new personal injury and property damage claims against all city departments dropped to 29,313 in fiscal 2011 from 34,768 in 2010, a 19 percent decrease.

However, the cost of settling claims rose 5 percent to $550.4 million - or about $70 per resident - from $522 million in 2010, the report said. Among the reasons for the claims: falls, police actions, medical malpractice and motor vehicle damage.

The increase was largely because of claims following severe snowstorms that hit New York City in late 2010.

Aside from tort claims, the city also paid out $135.9 million in other claims, including claims stemming from contract disputes, employment and tuition reimbursement, the report said.
Posted by joe levin at 12:09 PM