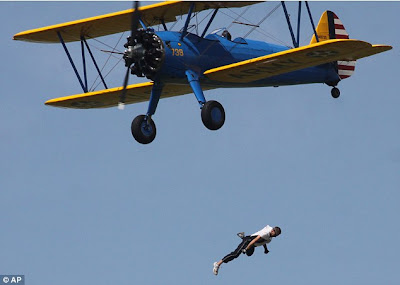 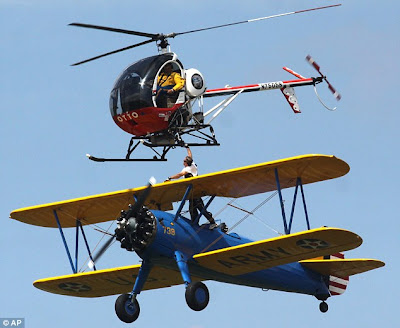 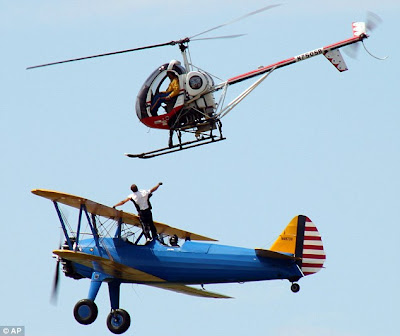 DETROIT - A wingwalker at an air show near Detroit fell to his death on Sunday, after he tried to transfer from an aircraft to a helicopter and plunged about 200 feet to the ground, officials said.

Green was flying atop an aircraft at the Selfridge Air Show, less than 30 miles from Detroit, on Sunday when he fell while trying to perform a transfer to a helicopter, organizers said on a website for the event.

He was taken by ambulance to Mount Clemens Regional Medical Center, they said.

Green was pronounced dead at Mount Clemens, hospital spokeswoman Diane Kish said. She could not provide any information on the cause of death.