Glenn Beck, Hurricane Irene is a 'blessing' from God 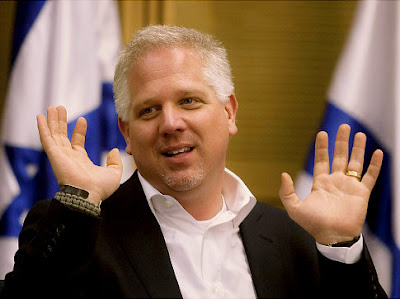 The conservative radio host is calling Hurricane Irene and this week's East Coast earthquake a "blessing" from God.

Beck argued on his show that the events would teach people to be prepared for natural disasters. He told his audience that for years he has been urging Americans to stockpile supplies for the inevitable "global disruption in food."

"How many warnings do you think you're going to get and how many warnings do you deserve? This hurricane that is coming thorough in the East Coast, for anyone who's in the East Coast and has been listening to me say 'Food storage!' 'Be prepared!' 'Be somebody that can help others,' you've heard me say this for years," the ex-Fox News host said Friday.

He continued, "People have made fun of me. That's fine, I don't care. I've been telling you, 'Don't be in a panic situation.' If you've waited, this hurricane is a blessing. It is a blessing. It is God reminding you - as was the earthquake last week - it's God reminding you you're not in control. Things can happen. Be prepared and be someone who can help others so when disaster strikes, God forbid, you're not panicking."