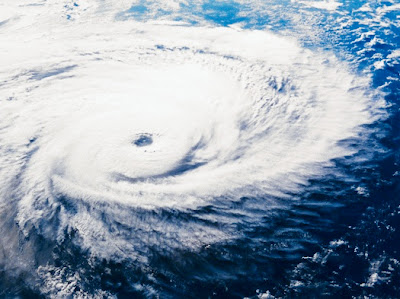 Governor Andrew M. Cuomo today declared a state of emergency in New York in preparation for the potential impact of Hurricane Irene, which may hit New York State this coming weekend.

The Governor is continuing to coordinate the statewide preparation for the storm and has ordered the state’s Emergency Operations Center in Albany to operate twenty-four hours a day. At the Governor’s direction, state agencies and local governments are planning cooperative response efforts. Governor Cuomo and his administration have been in contact with local officials, including New York City Mayor Michael Bloomberg and county executives, to coordinate preparation. The state government is communicating with the Federal Emergency Management Agency and the National Weather Service to discuss the potential tracks of the storm.

“In this emergency I am activating all levels of state government to prepare for any situation that may be caused by Hurricane Irene,” Governor Cuomo said. “We are communicating with our federal and local partners to track the storm and to plan a coordinated response, and we will deploy resources as needed to the areas expected to be hit the hardest. I urge New Yorkers to personally prepare for hurricane conditions and to cooperate with emergency officials if needed. By working together, we will all be able to face this storm in a calm and organized manner.”

Governor Cuomo is overseeing state mobilization in preparation for the potential storm, including:

·The state’s senior emergency management staff will be assigned to the storm’s anticipated centers downstate and on Long Island to strengthen coordination.

·The Office of Emergency Management (OEM) is coordinating with the National Weather Service to track the storm. OEM’s Emergency Operations Center is activated and OEM has deployed command vehicles to Nassau and Suffolk counties. OEM will make additional deployments of personnel and resources as needed. OEM is also coordinating with emergency teams across the state to activate local emergency plans.

·The Division of State Police is preparing to stage resources, including aviation, marine, dive, and communications units.

·The Division of Military and Naval Affairs is developing a plan to put hundreds of troops on State Active Duty to deal with storm-related response. These troops would be available to work with state and city agencies as required.

·The Public Service Commission (PSC) is preparing for potential outages, coordinating with power plants and transmission line operators, and setting up extra staff for the weekend. The Governor’s office and the PSC also spoke directly with CEOs of the six major electric utilities – Con Edison, National Grid, Orange & Rockland, Central Hudson, NYSEG, and RG&E – to discuss collaboration on potential power restoration efforts. The PSC’s consumer services office will have extra weekend staff to deal with outage complaints and to provide the public with information.

·The New York Power Authority (NYPA) and Long Island Power Authority (LIPA) are both confirming extra staffing and conducting internal operations to prepare for potential impacts. LIPA is closely coordinating with National Grid to ensure it is fully prepared on Long Island.

·The Metropolitan Transportation Authority (MTA) has cancelled all weekend track work and is directing personnel to be on standby for emergency repairs. The MTA will have Subway Emergency Dispatch Vehicles, subway track maintenance personnel, and extra bus tow trucks standing by. The MTA’s subway division and bridges and tunnels division will have emergency generators on standby for potential power failures. The MTA is also inspecting critical subway, track, and tunnel pumps to ensure they are working properly.

·The Department of Transportation has begun preventive maintenance and debris removal and is distributing flood control equipment. Equipment in active work zones is being secured, additional erosion protection is being addressed as necessary, barges are secured, and plans for post-storm clean-up are being developed.

·The Thruway Authority is checking all vehicles and readying equipment. The Authority is outfitting trucks to clear debris and will begin patrols on Saturday. The Authority will have extra staff available to deal with potential impacts of the storm. The Tappan Zee Bridge will be closed to truck, trailer, and mobile home traffic if winds reach 45 mph and this traffic will be diverted to other outlets.

·The Bridge Authority is conducting constant monitoring of wind conditions at its six bridges. Wind advisories for motorists will be issued as necessary. Particularly vulnerable are empty box trucks and trailers, which should avoid all bridges during a high wind storm. The Authority has extra staff to monitor wind conditions and to respond to emergency situations. Trucks and large, light vehicles will be discouraged from crossing bridges if wind speeds increase.

·The Office of Parks, Recreation and Historic Preservation has canceled all Friday, Saturday, and Sunday camping reservations at all state parks in the Long Island, Palisades and Taconic regions. A complete evacuation of anyone remaining in the campgrounds will occur at noon on Saturday. Parks will be closed if wind speeds reach 45 mph, or as weather conditions require.
Posted by joe levin at 2:10 PM