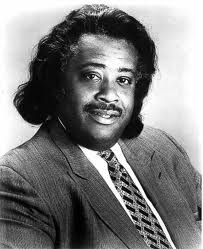 On Sunday, Rev. Al Sharpton gave his version of what happened 20 years ago in Crown Heights. But although he purports to have reflected on and learned from the riots, the truth is his recollection is egregiously distorted and sanitized.

Sharpton's motivation for expressing his opinion at this time is unimportant; the fact that he has chosen to do so bestows a responsibility on us all to ensure that the truth is not sacrificed in the telling of our history.

Sharpton says that with the virtue of hindsight, he would have done some things differently - stating that "we," meaning protesters, "should have expressed more clearly" "the precious value of Yankel Rosenbaum, who was killed by a mob that night." He says, "I would have also included in my utterances that there was no justification or excuse for violence or for the death of Yankel Rosenbaum."

But he does not outright apologize for his conduct. And his conduct was reprehensible.

He makes only passing mention of the vile words that incited the anti-Semitic rioters, which made an already volatile violent situation much worse. It was Sharpton who repeatedly bellowed to the rioters, "No justice, no peace!"

And Sharpton claims his remarks at Gavin Cato's funeral were misinterpreted. Here is what he said, according to a 1993 report in the Jewish Forward by legendary reporter Philip Gourevitch: "Talk about how Oppenheimer in South Africa sends diamonds straight to Tel Aviv and deals with the diamond merchants right here in Crown Heights. The issue is not anti-Semitism; the issue is apartheid. . . . All we want to say is what Jesus said: If you offend one of these little ones, you got to pay for it. No compromise, no meetings, no coffee klatsch, no skinnin' and grinnin'."

Sharpton's revisionism only serves to perpetuate the fallacy that the riots erupted organically from some underlying ongoing issues between the African-American and Jewish communities of Crown Heights. In other words, that profound tensions were boiling just beneath the surface and were suddenly unleashed by the tragic death of Gavin Cato.

That is simply untrue. The riots were the product of anti-Semites taking advantage of the tragic death of a child to justify inflicting their violence on innocent people - the Jewish community of Crown Heights - and murdering Yankel Rosenbaum, a Jew from Australia, amid the cries of "Kill the Jew!"

It was a mob of about 30 who attacked and murdered Yankel, of which 28 have never been brought to justice. For 20 years, these people have lived free, and continue to do so, among the African-American community.

Instead of invoking the words of the Rev. Martin Luther King Jr.and Rabbi Abraham Joshua Heschel to legitimize and humanize his opinion, Sharpton would be far better received if he dedicated his efforts to bringing each and every one of those 28 people involved in the crime to justice - prosecuted, convicted and incarcerated.

But that is not a priority in Al Sharpton's world.

He has given us no genuine expression of remorse. No real regret for what he did. It is not an apology, it is not the truth, and it certainly should not be interpreted as either.

Rosenbaum is the brother of Yankel Rosenbaum, who was stabbed and killed by a mob in Crown Heights, Brooklyn, in August 1991. Abraham is a spokesman for the Rosenbaum family.