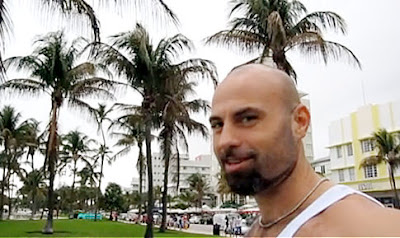 They didn't have to dig deep.

A print-out of the page was included in a memo that a Florida middle school principal sent to Loftis, calling him down to the office like a bad pupil to discuss his non-compliance with the school's code of ethics.

Through iReport, the news giant's site for citizen journalists, Loftis posted about stories such as crocodile sightings in Australia and jammed-up security checkpoints at airports.

Loftis thinks the Miami-Dade County Public School system should have taken the same approach. He filed a complaint about his case with the American Civil Liberties Union, but it failed to get him back into the classroom.