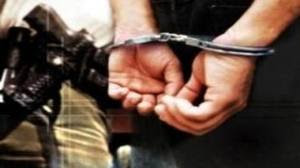 A Monsey man who pleaded guilty to a felony count of sexual abuse will serve up to six months in the county jail and will be registered as a sex offender with the state.

Grossman was arrested June 8, 2010, by Ramapo police, based on a complaint from Rockland Child Protective Services accusing him of improperly touching a child's penis numerous times over a period of several years. The child was younger than 8.

Grossman initially was charged with second-degree course of sexual conduct, a felony, and endangering the welfare of a child, a misdemeanor, in addition to the sexual abuse charge.

Grossman also was ordered to register with the state as a sex offender. The level at which he is to register will likely be determined during a Nov. 17 court hearing, officials said.

"It's a tragic case," Gribetz said. "We feel the District Attorney's Office and Judge Kelly acted in a fair and just fashion."