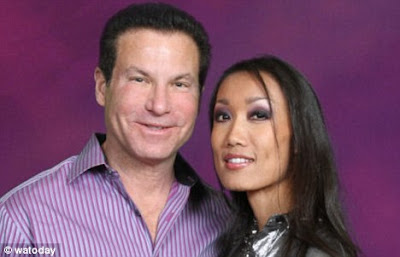 Rebecca Zahau hanged herself at pharmaceutical tycoon Jonah Shacknai's $12 million pad because she was allegedly distraught over an accident involving Shacknai's 6-year-old son days before, insiders with knowledge of the case told NBC.

Zahau was supposed to be watching little Max Shacknai when he suffered severe brain injuries after tumbling down some stairs at his dad's massive pad on July 11.

Two days after the boy's fall, a family member found Zahau's naked body hanging off a second story balcony with her hands and feet tied.

Investigators never linked the two deaths and said they believed Max's fatal fall was an accident.

But the grisly series of events drew intense scrutiny on Jonah Shacknai, the CEO of Medicis pharmaceuticals.

In the weeks after the boy's death, reports surfaced that Shacknai and the boy's mother had gotten in physical disputes while their marriage collapsed in 2008 and 2009.

The two released a statement in response to the reports saying that losing their son was "unimaginable" and that the police reports about their marital problems didn't tell the whole story.

The condition of Zahau's body sparked suspicions of foul play.

But experts told NBC that she may have tied her hands to make sure she couldn't save herself.

"I could see a person binding their hands so they wouldn't be able to help themselves trying to get out of the noose once they committed the act of hanging," ex-homicide cop Rick Carlson told the station.