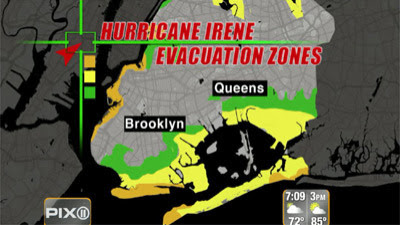 Brooklyn, NY - With a first time ever mandatory evacuation order in effect for many low lying areas of New York City, a special p’sak from Rabbi Meisels urges all residents of Seagate and Coney Island to evacuate their homes before Shabbos to avoid a potential chilul Shabbos if they are forced to leave their homes tomorrow.

“According to Mayor Bloomburg, it is mandatory to leave tomorrow at 5 PM,” said Rabbi Meisels in an interview with VIN News. “Since the time for mandatory evacuation will be on Shabbos and we won’t be able to leave then, we are telling people to go before Shabbos. We hope that ultimately this will all have been for nothing, but we are recommending that people leave now.