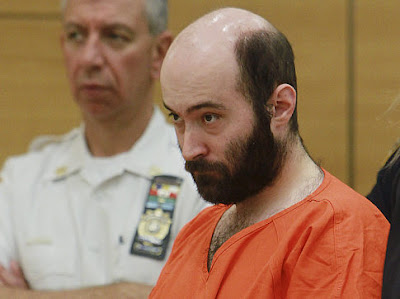 The family of Leiby Kletzky wants his admitted butcher to fork over $100 million for kidnapping, killing and dismembering the 8-year-old Brooklyn boy.

And they're also suing the killer's father because the slaying to took place in an attic apartment inside the father's Kensington home.

Leiby's father, Nachman Kletzky, is seeking the massive haul in punitive damages from Levi Aron, who has been charged with killing the boy after abducting him as he walked home from camp last month, a lawsuit disclosed Monday shows.

"Obviously, the acts are horrific and horrendous and the level of damages should reflect what those acts were," said the Kletzkys lawyer, Mark Goldsmith. "This is as horrific an event as a family can go through."

The civil suit, filed last week in Brooklyn Supreme Court, says that Leiby "was terrorized, physically and psychologically assaulted and injured, and was murdered and his body dismembered, with parts of his body hidden in a refrigerator."

The suit was filed on behalf of Nachman Kletzky, who only learned in recent weeks of the gruesome details of his son's death, a source said.

The lawsuit makes an argument for damages based on wrongful death and potential loss of income that Leiby would have earned had he reached working age.

Paul Oliveri, a lawyer who is not involved in the case, said the suit's wrongful death argument is a strong one.

"It boggles the mind to imagine the pain and suffering this little boy went through," said Oliveri, a senior partner in a law firm specializing in personal injury and wrongful death suits.

He added, however, that determining loss of potential income will be much more difficult. It is normally calculated in New York cases based on a victim's past wages, but that "will present a challenge" here because Leiby was only a child, Oliveri said.

In a separate lawsuit, Nachman Kletzky is taking on Aron's father Jack Aron, who owns the Kensington home where the boy was held against his will and later killed.

The dad is being blamed for "causing, allowing and permitting tools of terror to be and remain at said premises, knowing of the vicious, assaultive and murderous propensities of his son, Levi Aron," the court document says.

The suit also accuses Jack Aron of failing to monitor his son or discover that he had held the boy hostage in the small apartment for more than a day.

"We find it hard to believe he was unaware the boy was in the house all that time when he failed to protect him," said Goldsmith.

Both court actions will likely be consolidated into one suit down the road, Oliveri said.

Aron, 35, confessed to killing Leiby, whom he met by chance July 11 as the boy wandered the streets of Borough Park.

Aron told authorities he smothered him with a towel after panicking when he realized an extensive search was underway, court documents show.

A toxicology report later concluded the boy was also poisoned with a fatal mix of Levi Aron's medications.

Aron has told authorities he hears voices in his head, but he was deemed fit to stand trial. His lawyers have said they'll seek an insanity defense.

Jennifer McCann, one of Aron's defense lawyers, declined to answer questions about the lawsuits.