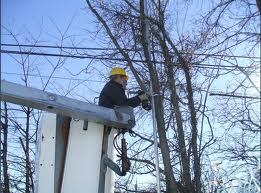 Australia - TEMPERS flared as Ku-ring-gai Council voted last night to reject a plan by its Orthodox Jewish community to erect a symbolic spiritual boundary within its borders.

Some members of the Jewish community in the area had been planning for more than five years to erect the eruv, an enclosed area that allows Orthodox Jews to push and carry objects such as prams out of doors on the Sabbath.

But despite their claims the 36 poles and adjoining wires needed were similar to those in other suburbs and cities across the world which had little impact on residents, a majority of councillors said the residents they represented were opposed to it.

‘‘This is not New York, it’s not Bondi, this is St Ives and Ku-ring-gai,’’ said Councillor Cheryl Szatow, who seconded the motion to reject the proposal.

Residents opposed to the eruv said it would be visual pollution, entailed the cutting of tree canopies and brought an unwanted incursion of religious beliefs into public life.

Elizabeth Gipps, 81, a Jewish Holocaust survivor who has lived in Ku-ring-gai for more than 50 years, said erecting an eruv would create a ‘‘ghetto’‘, which most Jewish people would want to escape.