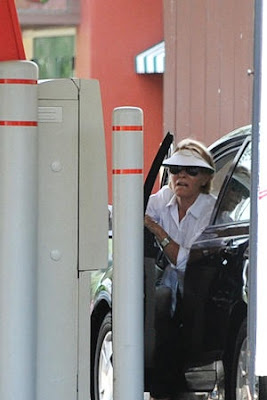 We've found the money -- it's stashed at a Florida ATM.

Ruth, who was used to traveling around in stretch limos, had to stretch from her modest ride to reach the Bank of America money machine in Boca Raton.

She didn't drop the cash on anything extravagant, though. She headed straight back to her apartment complex.

Her husband, Bernie is serving a 150-year prison sentence for swindling $65 billion from thousands of victims during his decades-long Ponzi scheme

Ruth, 70, has stopped visiting Ber nie at his North Car olina federal prison in the hopes of re building a relation ship with her son Andrew, according to recent reports.