Ann Marie Hefferin, 18, was found dead in her dorm room at University of Central Florida on Thursday. 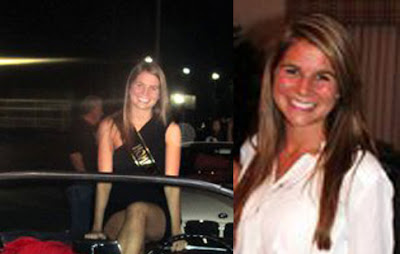 A freshman student at a Florida college was found dead inside her on-campus apartment after reportedly attending a fraternity party.

Ann Marie Hefferin, 18, was unresponsive when her roommates at the University of Central Florida found her Thursday around 4 a.m. The teen started attending classes in Orlando this summer.

The Maitland, Fla., teen was rushed to Florida East Hospital, but she could not be resuscitated. Initial autopsy results were inconclusive, and additional testing was planned.

Her roommates called 911 and performed CPR on the doomed teen until campus police reached their room. Reports indicated she had earlier gone to a fraternity party.

"We lost a member of the university family today," said UCF spokesman Grant Heston. "This is a tragedy and we offer our assistance and our most sincere sympathies to her family and friends."

Heston confirmed there was a party Wednesday night at a university fraternity house, although he could not say whether Hefferin was there.

"I don't think it was anything specific to UCF," student Steve Della-Valentina told the Orlando Sentinel. "I don't blame the school."