The notorious Japanese Chiba prison, where Yoel Zev Goldstein is being held. 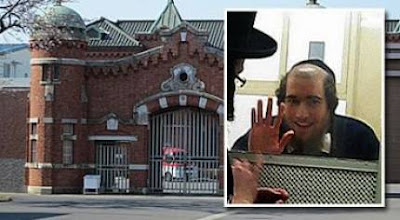 It is with shevach vehodaah to the Ribono Shel Olam that we report that the final verdict of Yoel Goldstein, Yoel Zev ben Mirel Risa Chava, was rendered just moments ago at the Chiba District Court in Japan and he has been found innocent.

Tireless askanim, led by Reb Aron Nezri and Reb Meilich Bindiger, have worked behind the scenes to ensure that all was done on behalf of Yoel Zev’s defense.

The closing arguments and the final hearing for Yoel Zev took place back in May at the Chiba District Court in Japan. At the time, the presiding judge announced that the court rejected the evidence by a graphologist that showed the the evidence presented by Ms. Reiko Suzuki - who had administered the polygraph tests to the three boys - had been forged. On the judge’s bench at the time in the courtroom were a new minor judge and a new prosecutor. The new minor judge, who had never worked as a justice before and is very young, replaced the last minor judge of the three previous judges, led by presiding judge Hiroshi Furuta, a hardliner who never acquitted anyone before.

Yoel Zev had been facing a serious sentence if the court had ruled otherwise. The prosecutor had said that because Yoel was older in age and not a minor when he entered Japan, he deserved a longer punishment and a heavier fine - a 15-year prison sentence and a 5 million yen fine ($62,000).

When the judge set the verdict day for August 29 - over three months after the final hearing - he actually apologized to Yoel Zev for having to keep him in detention for a longer period of time. Boruch Hashem, however, Yoel was found innocent a short while ago, and work is now underway to obtain a visa for him.

Email ThisBlogThis!Share to TwitterShare to FacebookShare to Pinterest
Labels: Matzav