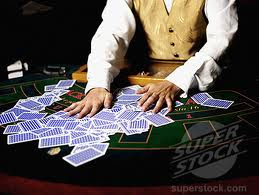 A former Tunica casino employee said he was fired from his supervisory job because he is Jewish.

A federal jury agreed with him.

Several days ago, in U.S. District Court in Greenville, a jury awarded Marc Silverberg $578,000 in his discrimination lawsuit against Sam's Town Casino & Gambling Hall in Tunica.

Casino officials, however, say Silverberg wasn't terminated because of his ethnicity but rather for poor performance that didn't improve after he was placed on a performance improvement plan.

"I didn't do anything wrong. They put together a concerted effort to get rid of me because of my Jewish heritage," Silverberg said via telephone from his Hernando home. "The jury vindicated me."

In Mississippi, cases based on race discrimination against black persons are common. However, the protection of federal civil rights laws is not limited to any one race or ethnicity. This case demonstrates the many forms discrimination can take, said Silverberg's attorney, Jim Waide of Tupelo.

Since his firing, Silverberg, a master chef, said he has had 14 job interviews across the country for other casino jobs without any success.

He said he is teaching at a culinary school in Memphis, but his salary is roughly 60 percent less than what he was making at Sam's Town.

Silverberg said in his lawsuit that the discrimination began when a new general manager was hired at the casino.

The lawsuit said the general manager was prejudiced against persons not of his ethnicity and "despised Silverberg because he was Jewish."

But in court papers, attorneys for Sam's Town said the casino's parent company, Boyd Gaming of Las Vegas, received a complaint from a food and beverage employee regarding one of Silverberg's supervisors. Boyd sent an official to conduct an investigation, and during her investigation she looked at the entire department, speaking to 12 to 20 kitchen employees.

Following the independent investigation, Silverberg continued to have more and more personnel problems in his department, according to court records.

"Mr. Silverberg gave the impression that he was more concerned with shifting blame and making excuses rather than solving his own deficiencies," Sam's Town attorney Courtney Tomlinson of Olive Branch said in court papers.

The then-general manager was not a defendant in the lawsuit. That person is no longer employed with the company.