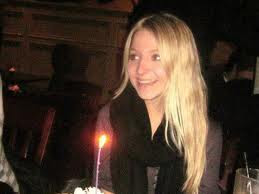 GREENBURGH — The parents of Indiana University student Lauren Spierer have returned home to Edgemont after 11 grueling weeks of searches that failed to turn up evidence of their missing daughter.

Robert and Charlene Spierer have led the search effort since the 20-year-old's June 3 disappearance in Bloomington, Ind., displaying steadfast resolve through their despair even as the days became weeks and months.

They joined thousands of volunteers who scoured the city and outlying areas, an exhaustive search that continued for several weeks and covered a 10-mile radius.

But with no breakthrough, they returned home last week, while already preparing for another trip back.

The Spierers will participate Sunday in another volunteer effort to hang new posters throughout Bloomington and the Indiana University campus, as students return for the new school year.

"As the summer comes to a close, we are still waiting for answers which will lead us to Lauren," the parents said in a statement on the www.findlauren.com website. "Sunday, August 28, 2011, is the day we are asking for volunteers to help once again. Please join the effort to keep awareness of Lauren's disappearance on the minds of everyone."

Posters will be distributed between 10 a.m. and 5 p.m. from the front of the Copper Cup, next to Smallwood Plaza, where Spierer lived.

On Monday, officers from the Bloomington and Indiana University police departments and FBI investigators returned to the Sycamore Ridge landfill for the second week of a two-week search, sifting through tons of debris in hopes of finding any trace of her.

She was last seen the morning of June 3, after a night out with friends. Police said they think she was intoxicated.

After gathering with a group at friend Jay Rosenbaum's apartment, she and fellow student Corey Rossman went to a bar, where she left her cellphone and shoes. She and Rossman went to her building, before going to his apartment up the street.

She then visited Rosenbaum, who lives two doors away. He has said he tried to get her to sleep over but let her leave after she demonstrated she could walk without stumbling.

He told police he saw her rounding a corner toward home about 4:15 a.m.

Police said they think there was foul play but have named no suspects.