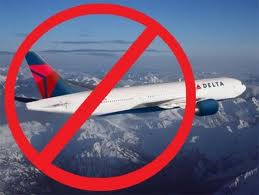 Delta Airlines denied allegations Tuesday that it currently, or will in the future, ask customers to state their religion before boarding a flight.

In a letter to the Simon Wiesenthal Center, a Jewish museum in Los Angeles, the company said its employees will not seek information regarding religious affiliation “on behalf of any SkyTeam partner.”

The controversy began in June, when the airline reportedly entered an agreement with Saudi Arabia that critics said could potentially prohibit American Jews from flying into the country.

Delta, which has been trying to build its Middle East brand, immediately denied the charges. The Saudi Arabian Embassy in Washington also told Fox News that allegations that Jews are not allowed in the country are “complete nonsense.”

But some critics said Saudi Arabia maintains a longstanding policy of religious discrimination. These critics questioned the airline’s new relationship with Saudi Arabian Airlines, which joined the 14-member SkyTeam Alliance.

Critics also say the Saudi government requires travelers to disclose their religion, and a Delta spokesperson said that the airline “must comply with all applicable laws in every country it serves.”

The statement was seen by some as a capitulation from the airline.

The company was the focal point of an open letter written by Rabbi Abraham Cooper, the associate dean of the Simon Wiesenthal Center, that appeared on FoxNews.com.

“What would happen if a leading U.S. carrier voluntarily allows itself to be hijacked by bigots in order to open a new market?” Cooper asked. “For example, what if it entered into an agreement with a foreign airline that would see to it that no blacks or Catholics or gays boarded code-shared flights destined to reach the partner’s home nation?

“I think you know the answer,” he wrote.

After the article was published, Delta officials met with Cooper in Los Angeles. Cooper later said that Delta “has now” done the right thing.

“We hope that all other U.S.-based airlines and around the world will declare and follow a similar policy,” the statement said.