Dov Hikind says he will not support David Weprin 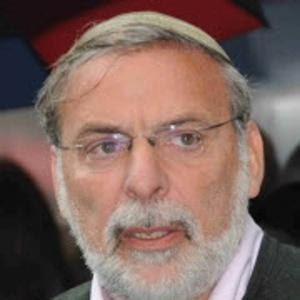 Weprin and Hikind serve together in the Assembly. And Weprin, like Hikind, is an Orthodox Jew.

Hikind, who represents neighborhoods on the Brooklyn side of the Queens-Brooklyn congressional district, criticized Weprin for citing his religion in voting for the gay-marriage law in June.

Hikind stopped short of endorsing Turner -- who opposes gay marriage -- but said he'll be meeting with the candidate again in the coming days.

The development came as Weprin and Turner squared off in a packed, raucous first debate in Kew Gardens Hills last night -- disagreeing on everything from taxes and spending to immigration, health care and unemployment.

Turner said he would work to slash the federal budget by 35 percent during the next seven to 10 years but not increase taxes, insisting, "It's not only possible, it's absolutely necessary."

He said he'd particularly target the education, environment and agriculture departments for cuts.

Weprin scoffed, "That's an impossibility," blasting Turner as nothing more than a radical Tea Party Republican whose measures would drastically affect Medicare and Social Security.

On the nation's new health-care plan, Turner vowed that if elected, "The first thing I would propose is the repeal of ObamaCare."

Weprin acknowledged that ObamaCare "wasn't perfect," but still defended it as the right thing to do.

Around 400 people packed the event, sponsored by several Queens civic groups, at the Young Israel Synagogue, and 100 more residents chanted outside on behalf of both men.