The store at which Sam Friedlander bought the gun he ultimately used to kill his family followed all proper procedures during the sale, cops say 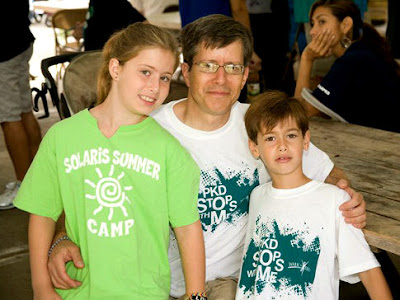 The Westchester lawyer who killed his wife, his kids and himself bought the gun in April - weeks after a major loss in his divorce battle.

State police ran a trace on the 12-gauge shotgun and said Monday that Sam Friedlander bought it at a Yonkers shop on April 29.

They said he showed proper identification, and all necessary procedures were followed by All-County Sporting Supplies.

"It's just a bad tragedy," he said. "It's not easy when something like this happens.

Friedlander's father-in-law Gary Perez - who lost his daughter Amy and grandkids Molly and Gregory in the Oct. 18 rampage - was surprised by timing of the gun purchase.

He said he had assumed Friedlander bought the gun days - not months - before the murder-suicide, as he became unhinged.

He noted that in early April, Friedlander, 50, had signed a stipulation that gave Amy, 46, custody of the kids and himself visitation.

I can tell you that he didn't get what he wanted," Perez said.

Friedlander was living in the same house as his estranged wife, but she apparently did not know he had a weapon.

I wouldn't even have believed he knew how to use it," said Perez, who buried his daughter and her children over the weekend.

Friedlander wiped out his family two days before they were supposed to be in court to deal with the financial aspects of the split.

Her family has described him as a resentful control freak who badgered his wife - but never gave any hint that he might turn violent.

Police say he bludgeoned Amy with a piece of furniture and shot his 10-year-old daughter and 8-year-old son in the chest in bed.
Posted by joe levin at 6:42 PM