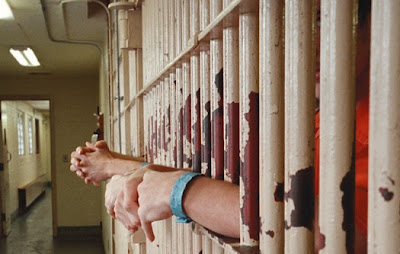 While the tzibur is just beginning to recover from the bochrim in Japan incident, which all continue davening will end soon and end well, there is now a story of a Yerushalmi bachur involved with drugs and imprisoned in India.

The bachur is from a respected Yerushalayim family, deciding before his chasnah that he had to fly to India. While he was there, he was in the home of the Shaliach Rav Gavriel Holtzberg HY”D, actually becoming a ‘ben bayis’ in the Chabad house. One night, while there, police came into an apartment he was visiting. They searched the room and found he was in possession of drugs.

A number of friends who were with him in the apartment managed to flee from police while some were arrested, including the bachur.

The young man, the bachur, insists he does not speak the local language and was unable to communicate with police. He denies any involvement in drugs, insisting he is innocent. He feels that his inability to communicate worked against him, and he was arrested and his trail simply vanished.

Rav Gavriel reportedly tried to find him, but he was unsuccessful. The young man simply vanished.

A few short weeks before the Mumbai massacre a friend of the bachur told Rav Gavriel that the bachur was incarcerated. Rav Nachman Holtzberg, Gavriel’s father, was visiting at the time, and he heard of the young man’s plight and incarceration under harsh conditions.

The shaliach updated the family of the young man in Yerushalayim, who apparently was clueless as to his whereabouts and disposition. The young man’s father, a noted talmid chacham, was niftar a number of days after hearing the news. He had a massive heart attack R”L.

The family of the kallah and the bachur’s family teamed together to see what could be done. They learned the young man was being held in one of the harshest prsins in India, far from civilization. He was sentenced to 10 years imprisonment, apparently because he lacked any legal representation.

For Rav Nachman Holtzberg, the story of the young man was forgotten due to the family’s tragedy resulting from the terror attack against the Chabad house in Mumbai. A number of weeks ago however, while learning in a Crown Heights beis medrash, he noticed a yid learning daf yomi by phone. When he hung up the phone, the young man told R’ Nachman that he learns daf yomi with a young chosson imprisoned in India. Once in a while he manages to connect with him and they learn, seeking to assist the pour soul.

R’ Nachman immediately remembered the situation a few weeks before the attack, the young man, and decided to take upon himself to do what he could to assist the young man.

Since that time, R’ Holtzberg enlisted the assistance of a number of askanim in the USA – including the Dror Organization, who are now probing what legal assistance can be offered to the young man. Three attorneys have been hired and an appeal has been filed in India.

R’ Holtzberg seems to indicate that just the fact that the appeal was accepted is a big thing, especially since the sentencing judge is no longer serving on the bench. Therefore there is hope that the appeal may result in the young man’s release and return to Eretz Yisrael.

The family in Yerushalayim lacks the ability to offer any assistance, living a meager existence from a gashmiyus perspective. Anyone wishing to donate, may do so by clicking here - please add in Inmate Account # 684324 - or by phone 718-280-1510.
Posted by joe levin at 7:38 PM