Nick Aaronson, a US Airways flight attendant was found strangled to death in his hotel room in Mexico City during a layover 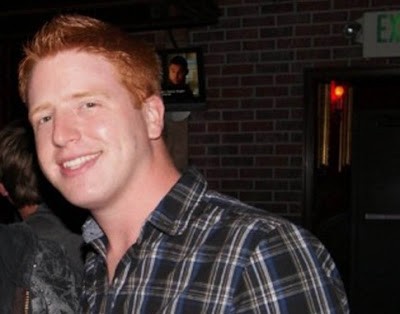 Mexican authorities suspect that a young Phoenix flight attendant who was found strangled in a luggage-strewn Mexico City hotel room during a layover on Saturday morning may have been murdered, according to reports.

Nick Aaronson, who worked for U.S. Airways, was discovered lying naked on the ground next to a bed in his Hilton Hotel room with his hands bound and a belt around his neck, Phoenix's ABC affiliate reported, citing local reports.

There was also evidence that the 27-year-old had been hit several times, the station said.

The U.S. Airways’ flight attendant union said in a statement that it didn't appear that Aaron's hotel room had been broken into, but crew members who were staying at the Hilton had been moved to other hotels as a precaution.

Deborah Volpe, president of the Association of Flight Attendants Council 66, said the young Phoenix native was loved by his fellow flight attendants.

"He had a smile that could light up the room 20 minutes before he walked into it," she said.