Israeli professor suspected of distributing child pornography wanted in US 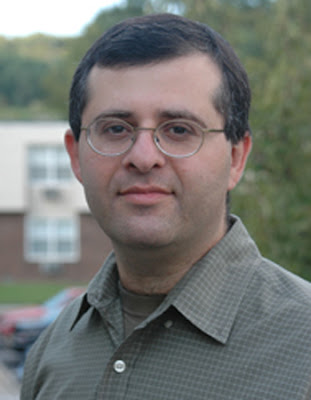 The FBI is investigating suspicions that former Ben Gurion University Professor Tzvi Tzfira held and distributed child pornography.
He was charged in a federal criminal complaint and was declared a fugitive after leaving the US.

Tzfira, who began his academic career at the University of Michigan, returned to Israel recently and began to teach at Ben Gurion University.
He is described in the university's facebook page as an academic with an excellent record.

The complaint against Tzfira first surfaced in Italy and was investigated by law enforcement authorities there. The FBI was given information regarding several internet users who were allegedly involved in distributing child pornography, among them the Israeli professor.

According to FBI agent James Brennen, Tzfira used the name "ya2009" to publish pornographic images online. In July 2010, a warrant was issued to search his home, during which agents confiscated his computer and even tried to interrogate him. When asked if he had used the name "ya2009", he replied, "Yes, I believe so."

According to the affidavit submitted to the court, his computer contained 41 images of children in sexual positions. The age of the minors in the images

ranged from less than a year to 12 years, while most of the photos showed children aged 5 or 6.

Gina Bulia, foreign liaison with American law enforcement authorities, told Ynet that Tzfira was indeed considered a fugitive. She said that she was unable to comment on whether the US issued an extradition request to Israel.

The offense Tzfira is suspected of is a federal one and carries with it a 5-20 years sentence.

The Ben Gurion University said in response that it was unable to comment on the matter. However, the academic institution claimed that Tzfira "does not work for the university."

The professor's attorney said, "He did not escape from the US, he left legally because of personal family matters. Since the affair was made public in the US, we have been trying to arrange a meeting with American law enforcement authorities but for reasons that we cannot understand, we have been repeatedly rejected. It seems that all they care about is to distribute the brilliant Israeli professor's photo while he is handcuffed."
Posted by joe levin at 5:19 AM